From the Archives: NarrowBoat, Autumn 2019

Joseph Boughey explores the letters of the late waterways historian, which could inspire a whole new field of research

The correspondence of authors is rarely as interesting as the works they produced, and often fails to provide any significant insights that can be followed up. One of the exceptions, however, is the substantial later canal correspondence files (1976-1996) of Charles Hadfield. These have been at the Waterways Archives since just after his death in 1996; I drove directly from his home in South Cerney to Ellesmere Port to deposit them myself. They were well-organised, in a long series of ring binders, largely in alphabetical and date order, but it was then unclear how valuable these would prove in the long term. Over 24 years later, much of the material has matured like vintage wine. In this article I focus on a single volume, 1984-5, and my comments below may demonstrate this.Dear John Many letters concerned contemporary matters. In one of 28th November 1984 to the late John Gagg (1916-2001), who had initiated the National Waterways Fortnight, Charles contrasted the Inland Waterways As… 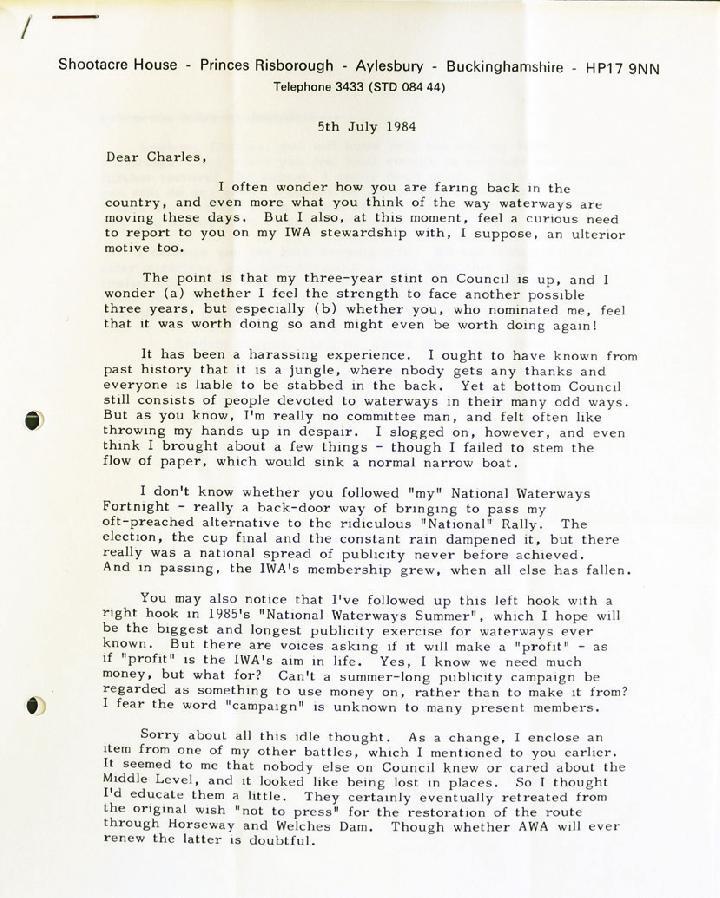