Chris M. Jones studies a canal-carrying scene on the Grand Junction at Stoke Bruerne in the late 1920s/early ‘30s

One of the largest coal consumers on the Grand Junction Canal was paper manufacturers John Dickinson & Company Ltd of Apsley, Nash, Home Park and Croxley mills. Much of its regular supply was delivered by water and, unlike many other manufacturers, the company contracted this work out to independent boatmen working their own or hired craft. One of these was Thomas Phipps and his family, who operated a pair of horse-drawn boats between the collieries and the mills. This detailed photograph, taken at some point between the late 1920s and early ’30s, shows the boats Kings Lynn and Bertha running light towards the collieries and ascending Stoke Bruerne locks on their way north. Their horse and driver have already taken the strain of the towrope from Kings Lynn, as the breasted-up pair start to nose their way forward. Both the young girl on the left and other family members on the right are putting their weight against the top gate balance beams of Lock 15. The Top Lock is just a… 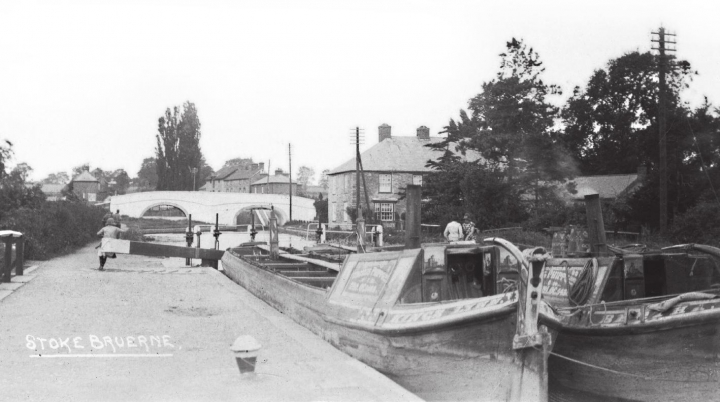