Born, as I was, eight years after my grandfather’s retirement, I never actually saw Charles Nurser (1874 –1967) building boats. In fact, although he supervised the lay up of Samuel Barlow Coal Company’s new craft almost to the end (illness prevented him from checking the last boat, Raymond), I was too young to appreciate his work. Meanwhile, greatuncle Frank died in 1952 so he was also remote from my young life. I was, however, aware of Grandad’s reputation. In April 1955 the Birmingham Post & Mail featured him in his home workshop, ‘The Stables’, painting stools for his grandchildren. While Frank was the doyen of canalboat painters, both Nurser brothers could, I think, turn their hands to most aspects of boat-building and painting. Grandad once told me his speciality was cabin joinery. Fortunately, I took O-level Woodwork and a theoretical project was required. My father suggested ‘building a narrowboat’. In 1965, two years before h… 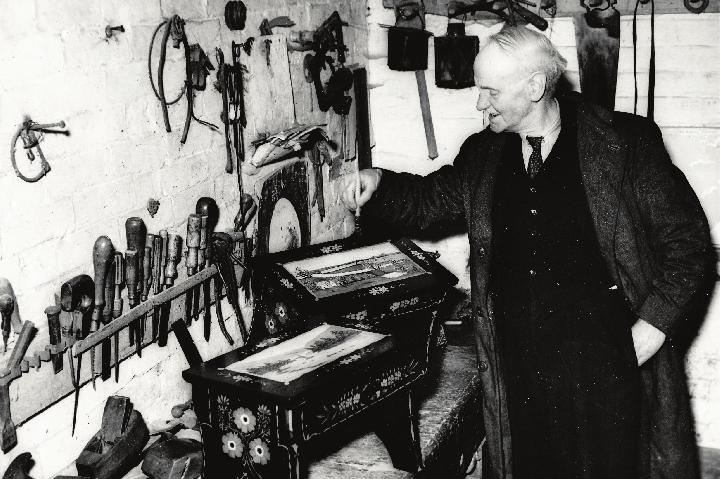